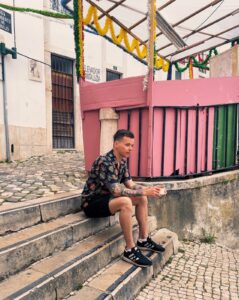 I have 4+ years of experience with WordPress, spanning over 50+ projects, either as a solo developer or part of a team. I have experience building both simple WordPress CMS sites and E-commerce sites built on top of WooCommerce.

My work in an agency setting has taught me to be proficient in time management, client communication and project management, with experience in agile methods as part of a big team. Running my own WordPress company has taught me how to acquire new clients, sell my services, and run solo projects taking responsibility for my work from the point of sale to delivering a finished product.

Do you have a project you need help with? Drop me an email and we’ll have a chat.

My experience at Angry Creative spans across 30+ number of projects since June 2020. Apart from the website builds, my role is focused on understanding the bigger business problems clients face and helping them find the best solution for them.

Some of my work has contributed to the largest angling community in Sweden, and we pioneered an MVP concept called “street-fiske” (street fishing) under a tight budget, allowing users to access the best fishing spots by foot.

As an experienced agency WordPress developer I am well versed in determining problem complexity and communicating the same to clients. I have worked with categorising problems using the cynefin method, and estimating time needed to complete them. I have worked in teams of developers on client projects, and have the ability to pick up tasks, and transfer tasks onto colleagues with ease.

ME Webbutveckling is my own WordPress company focused on delivering WordPress development and graphic design. I both deliver websites directly to end-customers, and work as a consultant where I develop WordPress themes.

Additionally, running my own WordPress company has taught me how to acquire new clients, sell my services, and run solo projects.

From the get go I wanted to apply my academic knowledge and started doing that within the first few months of studying web development. My main role was focused on taking website graphic designs and turning them into WordPress themes.

This was a great building block as I was able to get to know the WordPress industry early on, gain PHP and WordPress development experience, as well as work on my design skills.

Previous to my WordPress development experience I worked in the public sector, first at the Swedish Public Employment Service (from 2016) and later at the Regional Council in Kalmar County (from 2017).

At the Swedish Public Employment Service my focus was in finance, reviewing monthly wage subsidies, but quickly I became a central part of the IT department, and a key part of a national network of SPES employees tasked with supporting our co-workers in questions regarding IT and digitalization.

At the Regional Council in Kalmar County, I worked as part of an integration project called “Vi blir fler”, which provided seminars, lectures and short courses in intercultural competence and communication for people working with new immigrants in Kalmar County. My responsibilities were mainly focused on the financial and administrative aspects of the project, including following up on the project budget and reporting our activities to the European Social Fund. This project started to develop my project management skills, which later helped me greatly when starting my own WordPress agency.

This two-year program focused on modern programming languages and frameworks and was very code-oriented, with more than one programming assignment in every course. We created several web applications in JavaScript, C#, and PHP, both in plain vanilla code and by using frameworks such as Express.js, Vue.js, Laravel, .NET, and Jekyll. We also focused a lot on code quality, software architectures, testing, building REST APIs, and designing and manipulating databases (both using raw SQL statements and techniques like MongoDB and Eloquent).

I completed a degree in business and economics (a degree known as “civilekonom” in Swedish). This education was divided into two 2-year blocks, where the first two years introduced economical concepts through a set of base-level courses, and the last two years offered advanced courses within a specific field. My first two years were focused on business, micro- and macroeconomics, statistics, commercial law, logistics, management, and business development. During the last two years, I studied advanced marketing, which included both consumer marketing and B2B marketing. The covered topics included brand management, international business strategies, marketing in mobile units, and sensory marketing and shopping behavior, to name a few.